iPhone 8 is Coming After iPhone 7S and 7S Plus

iPhone 8 is Coming After iPhone 7S and 7S Plus 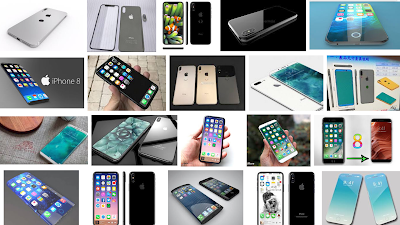 
iPhone 8 is Coming After iPhone 7S and 7S Plus

With a new OLED display, curved glass, new physical design, inductive charging, and a still to be confirmed change in biometric recognition, the iPhone 8 is sitting on the bleeding edge of Apple’s ability to innovate. It’s already expected to be late into Apple Stores compared to historical norms, and the price is set to break $1000 for the base model.

iPhone 8 iPhone 7S and 7S Plus

Apple is not a company known for making dramatic changes to its product line. Rather than an iteration of the regular iPhone line, the iPhone 8 should be seen as a brand new category of iPhone. The iPhone 7S and 7S Plus are the conservative ‘next steps’, with the iPhone 8 representing a new way of thinking (an almost ‘Pro’ way of thinking).

That way is not about maximizing volume or delivering an updated package at the same price point for everyone who wants one. The iPhone 8 will be about luxury, about high price, about fashion statements and new technology. Think of the iPhone 8 should be seen as a luxury sports car, rather than a muscle car for the masses.

The historical price of a new iPhone is remarkably consistent. Teardowns and analysis of the handset suggests that Apple’s margin per device is just as consistent. With a fixed budget for components, manufacturing and incidentals, any innovation has been forced to fit inside a very strict financial window.

iPhone 7S and 7S Plus

Apple knows how many people can afford the upcoming iPhone 7S and iPhone 7S Plus models. By creating a new tier of iPhone where the price is allowed to rise as required, more expensive elements can be included in the package, without disrupting the regular refresh of the line-up. This is the iPhone 8’s.

New technology is expensive, but also much harder to obtain in sufficient quantity. If Apple wants to put a new component in an iPhone (for example, an improved optical sensor in the camera) then the demands of production on that component are huge. Not only will a significant stockpile of components be required before launch (and we’re talking volumes comfortably reaching ten million units or more), but that rate needs to be maintained for many years.

Using the iPhone 8 for the new technology means the volume of components required at launch will be lower than the traditional flagship iPhone. When other manufacturers have a hit smartphone, they don’t need to be ready to sell tens of millions of these devices. They have much smaller market shares and a wider portfolio of devices that users can move on to. Samsung is probably the only manufacturer that has a similar problem with its Galaxy S handsets, but unlike Apple it has depth in its portfolio.

By pushing the iPhone 8’s retail debut to later in the year the immediate demand from those on Apple’s Upgrade Program or looking to renew a contract will be met by the iPhone 7S and 7S Plus. Given the $1000+ price tag on the iPhone 8, the lower volume of units coming from the production line, and the potential for a reduced demand from the massed consumer market who just want ‘a new iPhone’ allows the iPhone 8 to be manufactured in much lower quantities without disturbing Apple’s cash cow.

Of course all of this means that Apple needs to provide the massed ranks of the faithful with a device that it can comfortably sell in volume, at a sensible price, safe in the knowledge that everything works. That’s why the iPhone 7S and 7S Plus need to make some advances, but not enough to upset the talismanic power of the iPhone 8.

The iterative 7S handsets are expected to be announced at the same event as the iPhone 8, go on sale roughly two weeks after the event, and will not only represent the bulk of new iPhone sales in the fourth calendar quarter, but be the foot soldiers against Samsung’s Galaxy Note 8 phablet.

Much like the aforementioned of incredibly high-end production iPhone 8 is Coming After iPhone 7S and 7S Plus models that promote the more reserved mid-range, Apple will have the high-end iPhone 8 to show off its skills, but in terms of volume and availability, it really needs the main story to be the iPhone 7S and 7S Plus.
By Admin on 7:02 AM
→